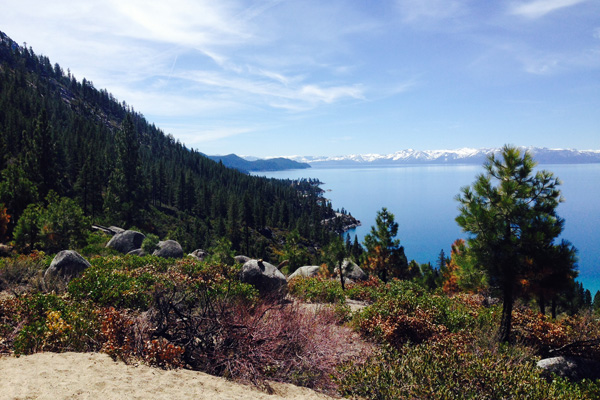 Wow, what a title! This post is already shaping up to be pretty amazing.

I left off with getting engaged and some local AZ race wins. Next I turned to the big stage that started with a 2nd place at the Fontana US Cup.

Almost a month ago now, I headed to southern California for the 3rd US Cup race in the series at Fontana. I came in feeling good and just switched my bike over to a Wolf Tooth 1×10 so I was excited to test it out in a race setting.

The venue was cool, a park, right next to town, right next to a mountain. I car camped the night before next to my friend Dan that I met in AZ. Joe and Ben Senkerik were also there which made for friendly faces so far from home.

The course was awesome, a long singletrack climb, then a somewhat technical descent with sandy corners and big smooth rocks to navigate over. The Cat 1 course had a few more steep climbs than the pro course and one last and ripping descent,  all in all it was a challenging, but fun course.

The venue was also really big, all the major teams and bike companies like Shimano was there which came in super handy when my shifter capped out on me during pre-ride. Thanks to Ryan at Shimano truck for swapping it out for a new one!

I did two laps during pre-ride and called it good. I didn’t know the course super well, but the way the course was laid out it made it really easy to break it up into chunks. I knew the spots I needed to hammer and knew that no one would be able to pass me on the descents (partly because of my confidence with my Top Fuel, but also because there was just no room to come around). With 4 laps during race day I anticipated I’d find my rhythm and each lap would get a little faster, which it did.

I had a solid race, a good start and felt great through to finish. I wasn’t able to pull the top step, but I was pleased to kick off my first national level race of the season with a 2nd place. 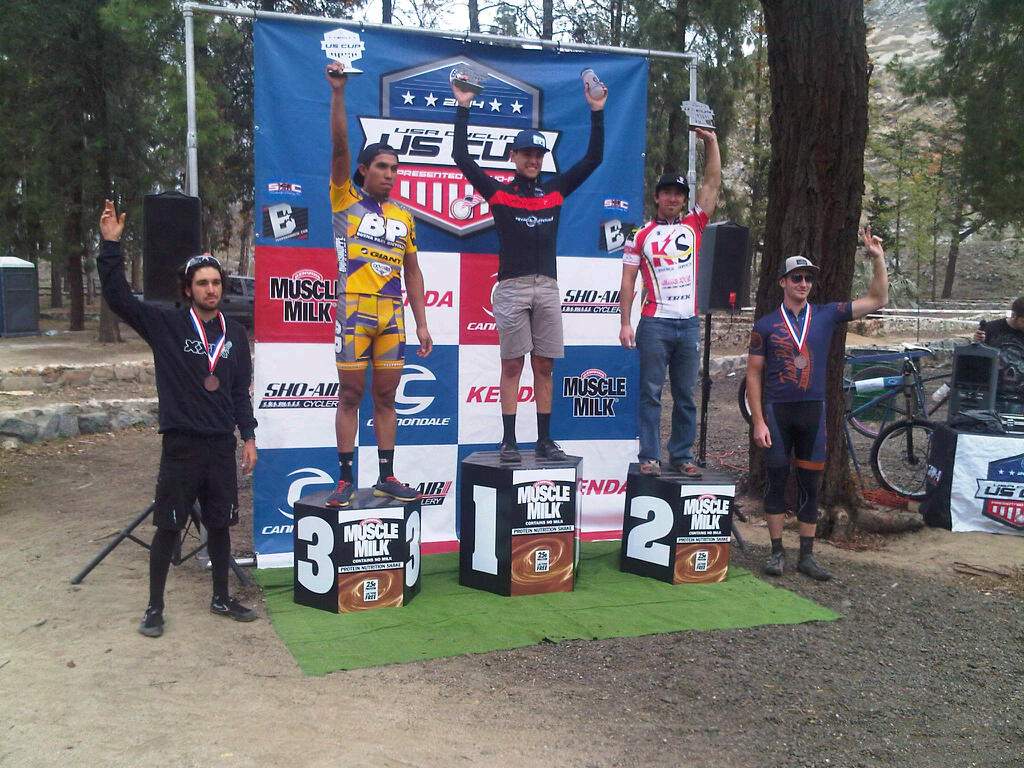 After a couple more weeks in AZ, it was time to say goodbye and head up to Monterey California for the Sea Otter Classic. 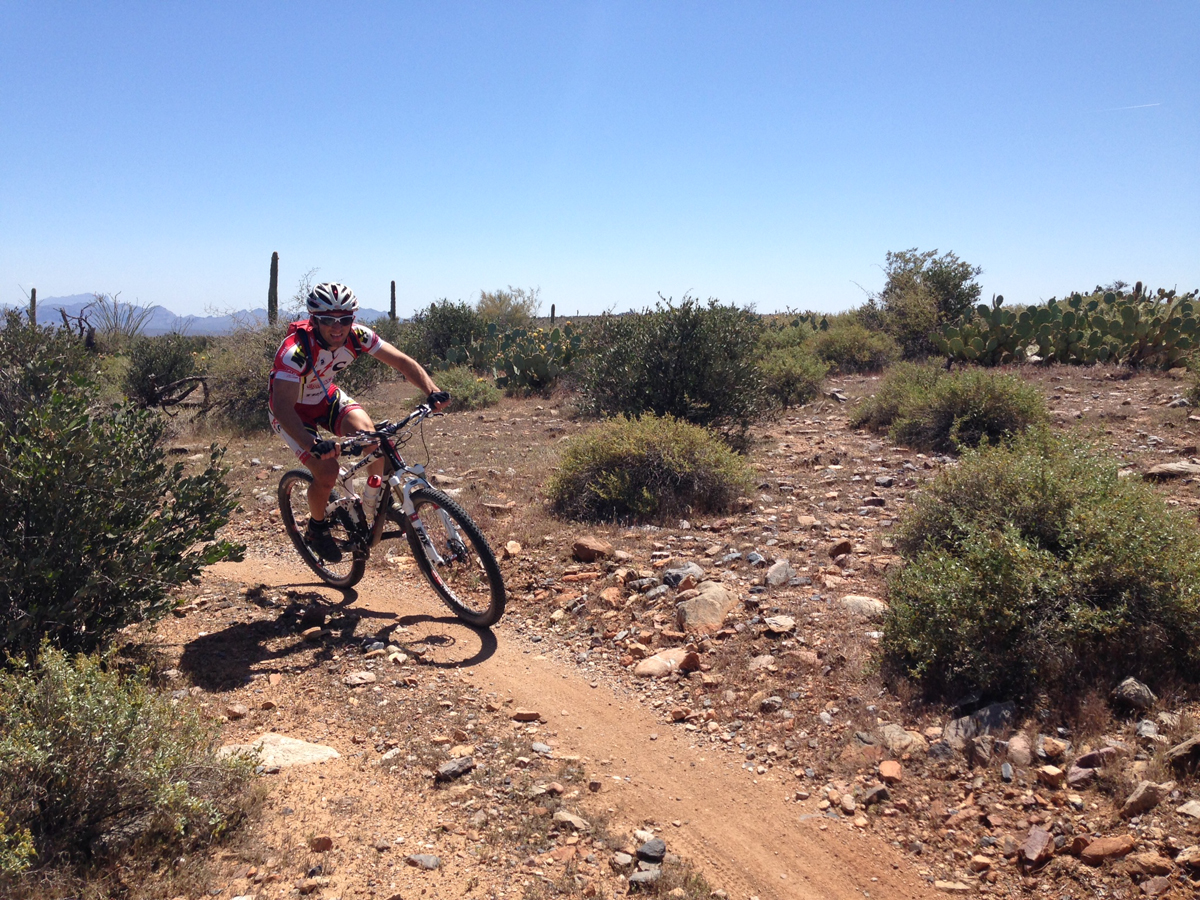 Evie flew out to Arizona to drive with me up to the race. The weekend before we drove up to Fresno for my good buddy Steve’s wedding. From Fresno we drove up to the Bay area and hungout with my uncle in Redwood Shores. I also got to catch up with my college roomates Tom and Joe.

Tom took us to some amazing trails up off Skyline in the redwoods. It was great to ride with Tom again. Really, I owe a lot to Tom. He’s the one who got me into mountain biking in the first place so come to think of it, without Tom, there’d probably be no Tim and Evie, so thanks Tom! 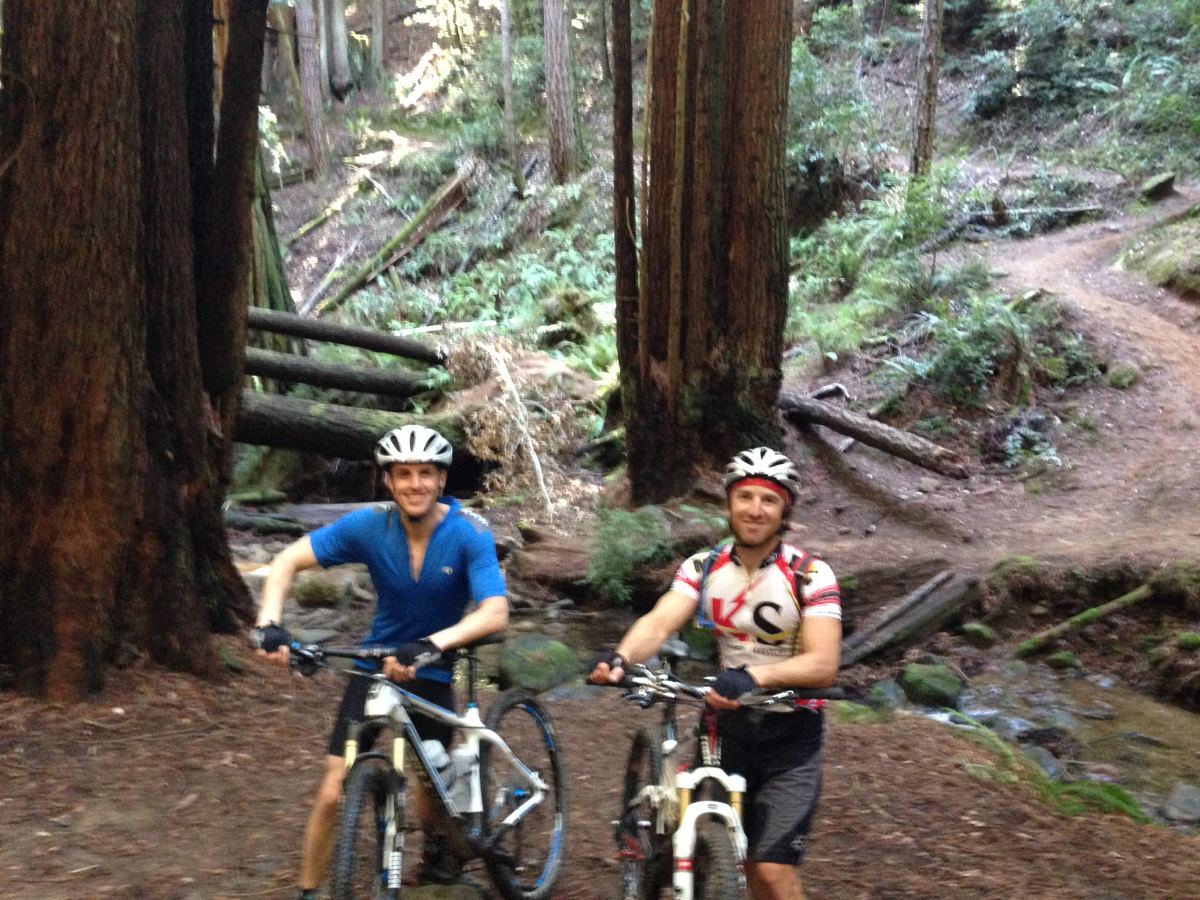 Monterey and the Sea Otter Classic

After a few days in the Bay area, it was time to say goodbye and shoot down to Monterey. We met up with Evie’s teammates who rented a house on the coast. It was a little cramped, but in a cozy sort of way.

I’ve heard a lot of people talk about Sea Otter over the years so I was excited to experience it first hand. Basically, it’s a combination of county fair, interbike, country thunder, and oh ya, a bike race(s). Pretty much a giant circus. 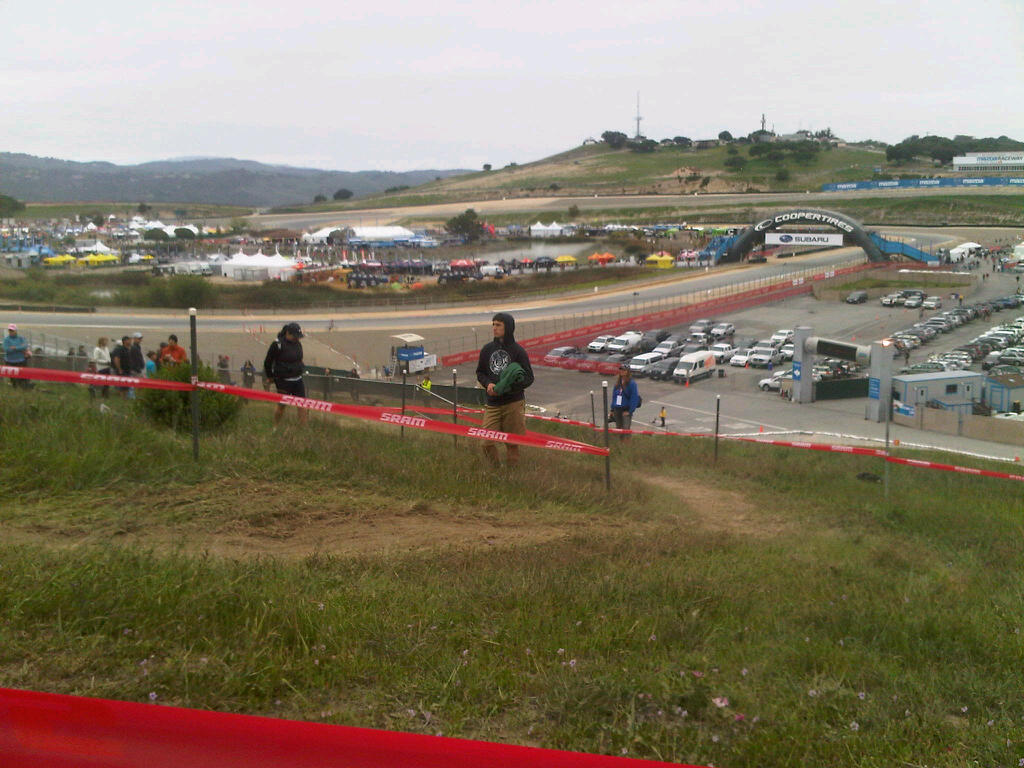 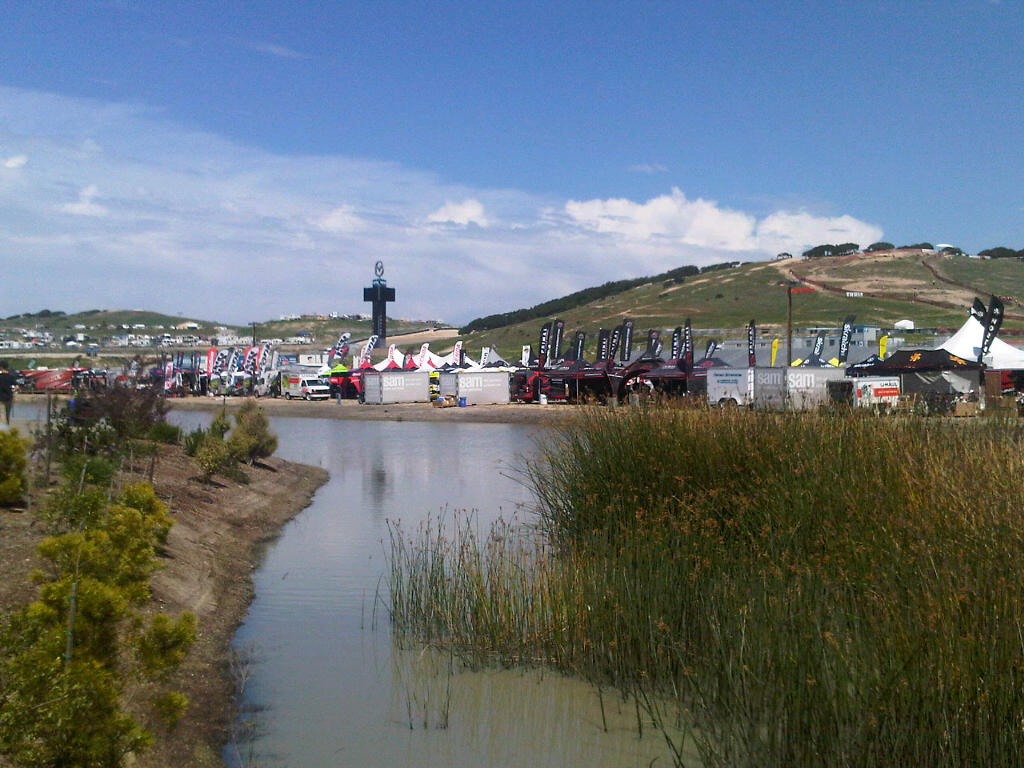 The venue was huge as it took place at the Laguna Seca Raceway. Every bike company was there showing off their latest and greatest technology. I got to see the Shimano M9000 unveiled which was cool, and checkout Ryan Leech put on a trials clinic, but really, the whole thing was TOO big. 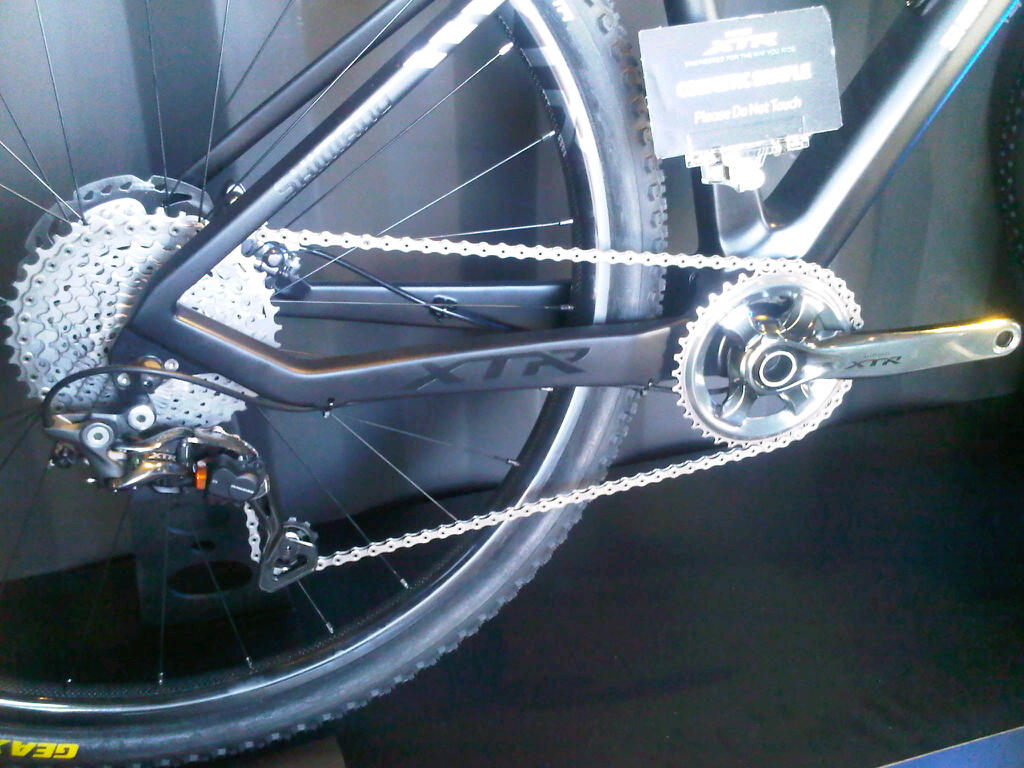 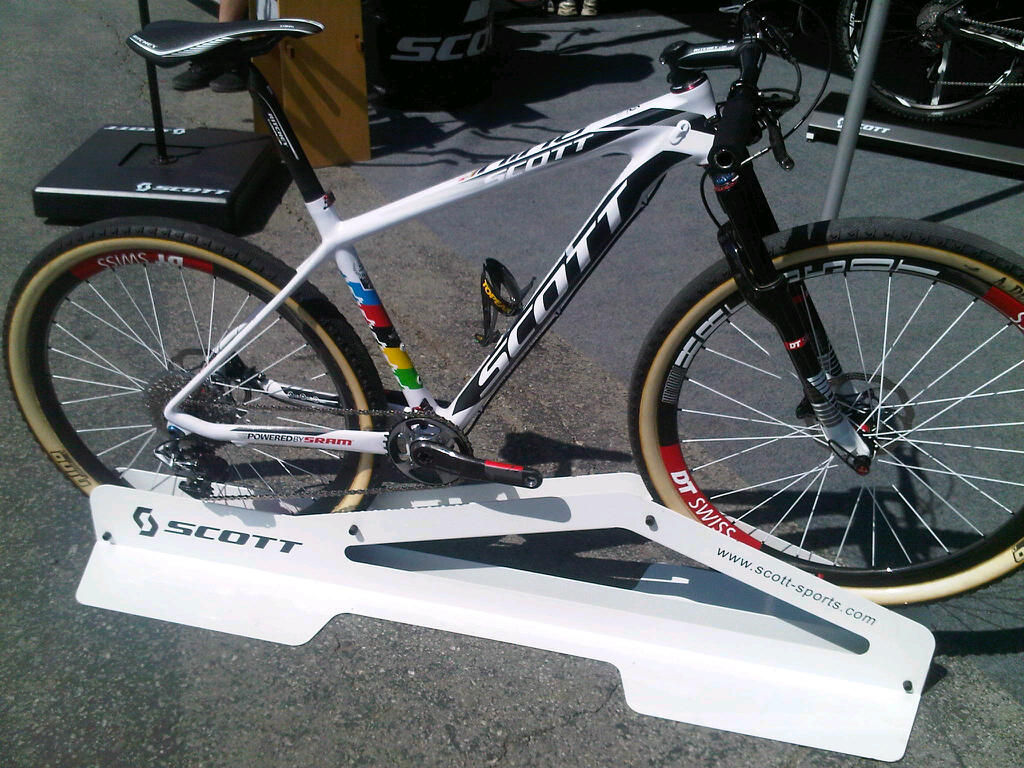 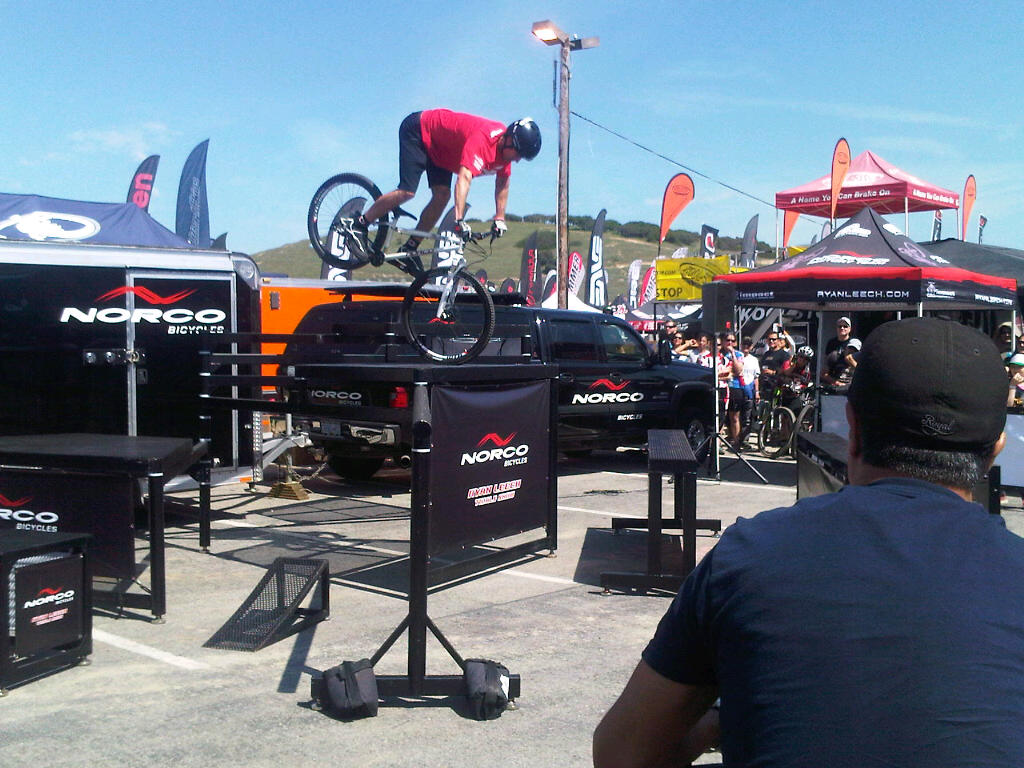 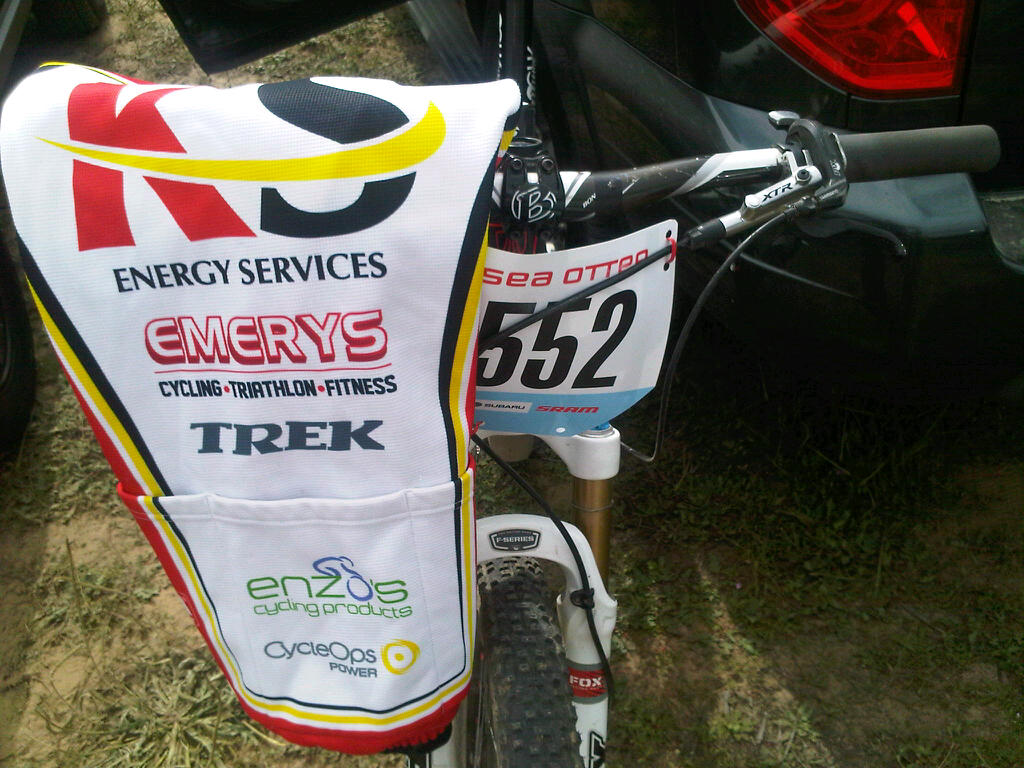 The racing, I felt was not the main focus of the weekend, it was pretty hard to find out what races we’re going on and spectating was minimal.

For the XC race, after talking with some guys who raced Sea Otter for the past 10+ years we found out they changed the course this year making it 70% fire road and gravel climbs. There were 3 or 4 single track sections, but all in all the course was pretty blah.

The race started on the race track and I took the lead going down the first gravel road and felt alright. I rode with the lead  group for about 8 or 9 miles when my bike started ghost shifting non-stop. I discovered later that my cable housing had tore open where it was fastened to my chainstay, really bizarre. I started to fall back a bit and finished 9th. A fun weekend, but not a race I’d rush back to. Shout out to the Bender Bro’s and the Leaner Sport Mtb crew for providing some good laughs over the weekend! 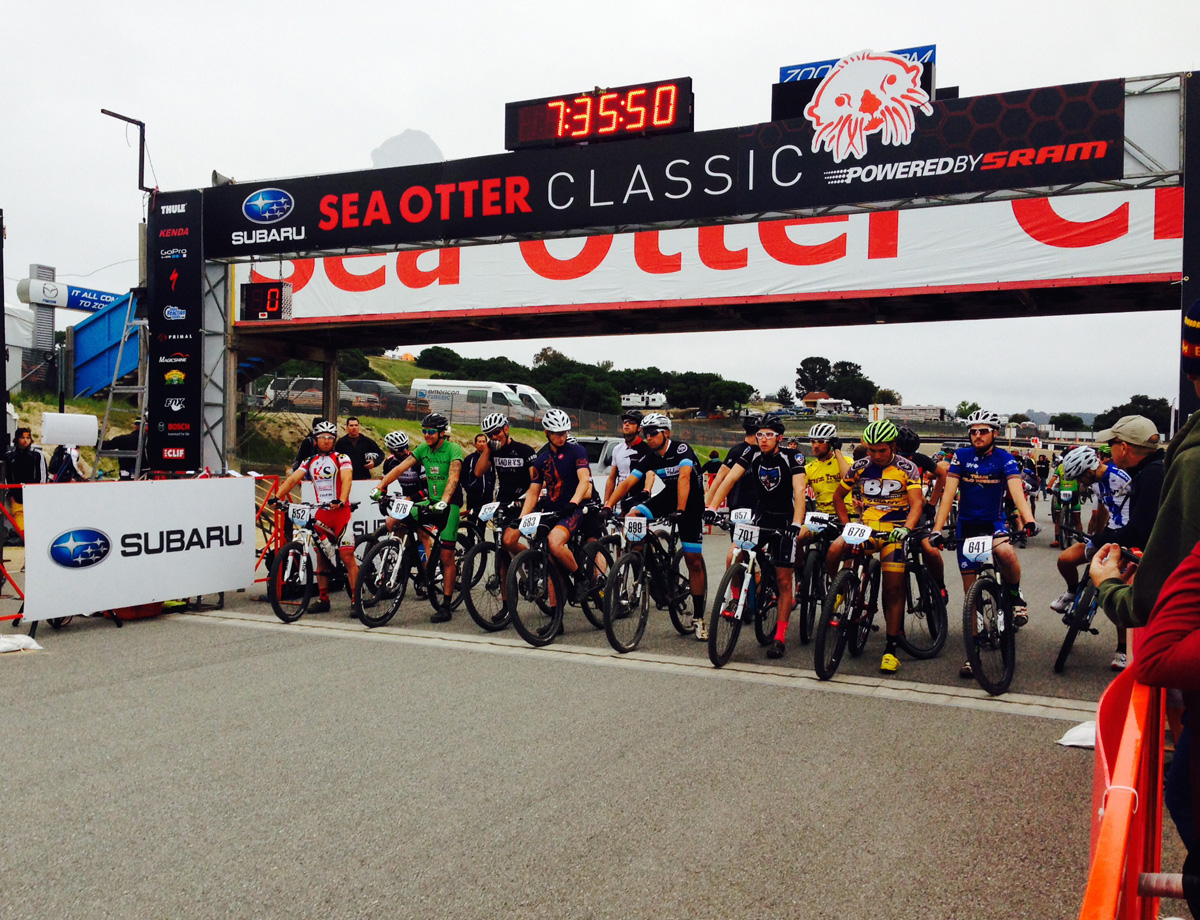 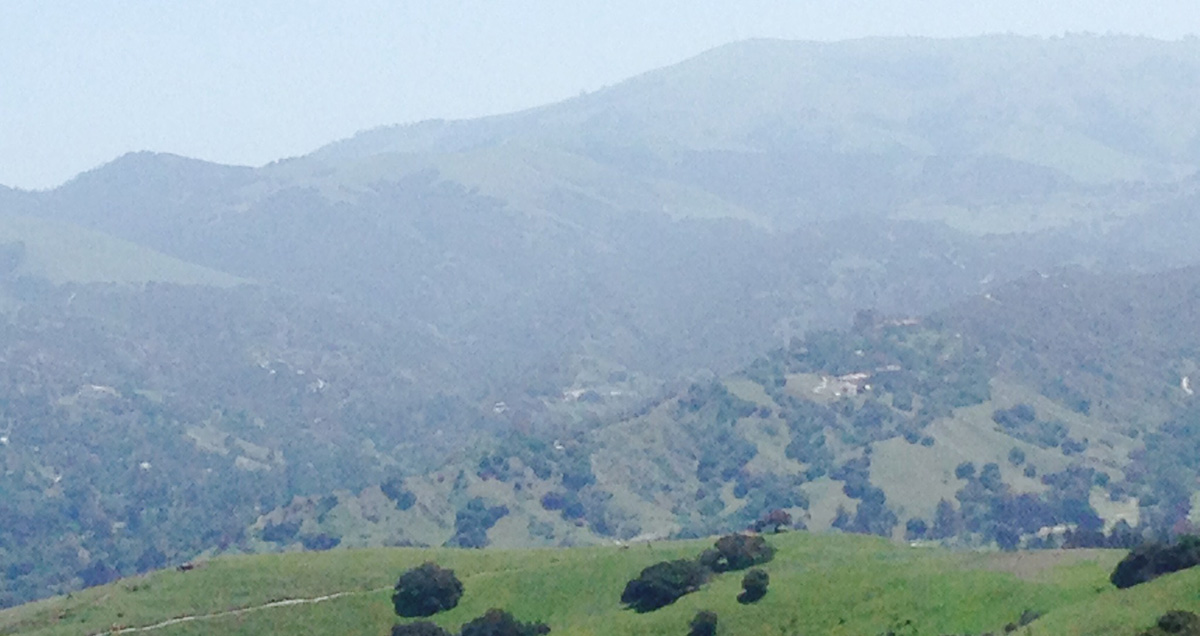 While the Sea Otter trails were pretty blah, the riding to come (along with the trails we rode with Tom in NorCal) totally made up for it.

Monday Evie and I rode part of the Flume trail in Lake Tahoe. I remember going to Tahoe as a kid, but forgot how much I love it. Clear blue water, pine trees, fresh air, amazing views. It was an incredible day. 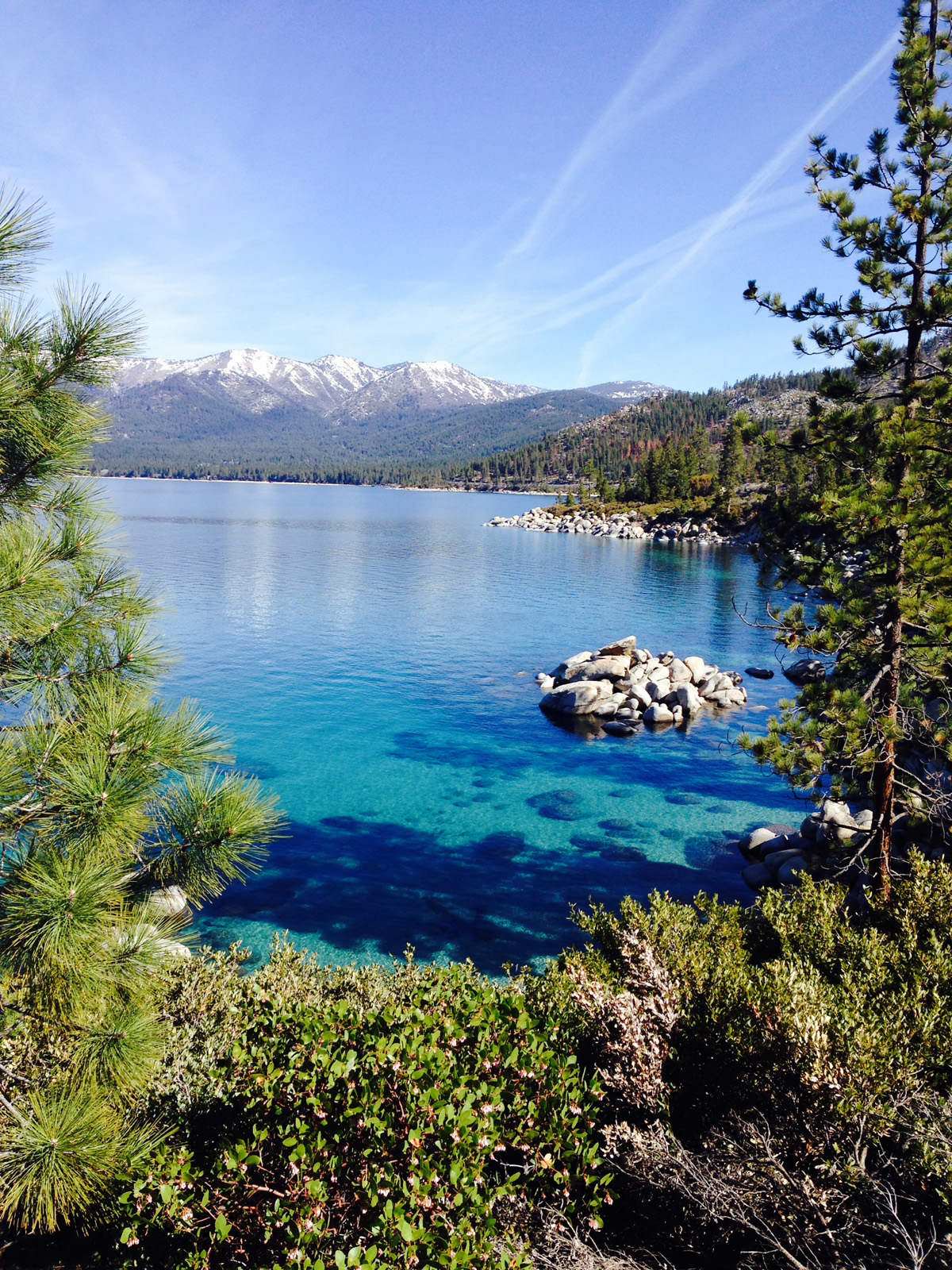 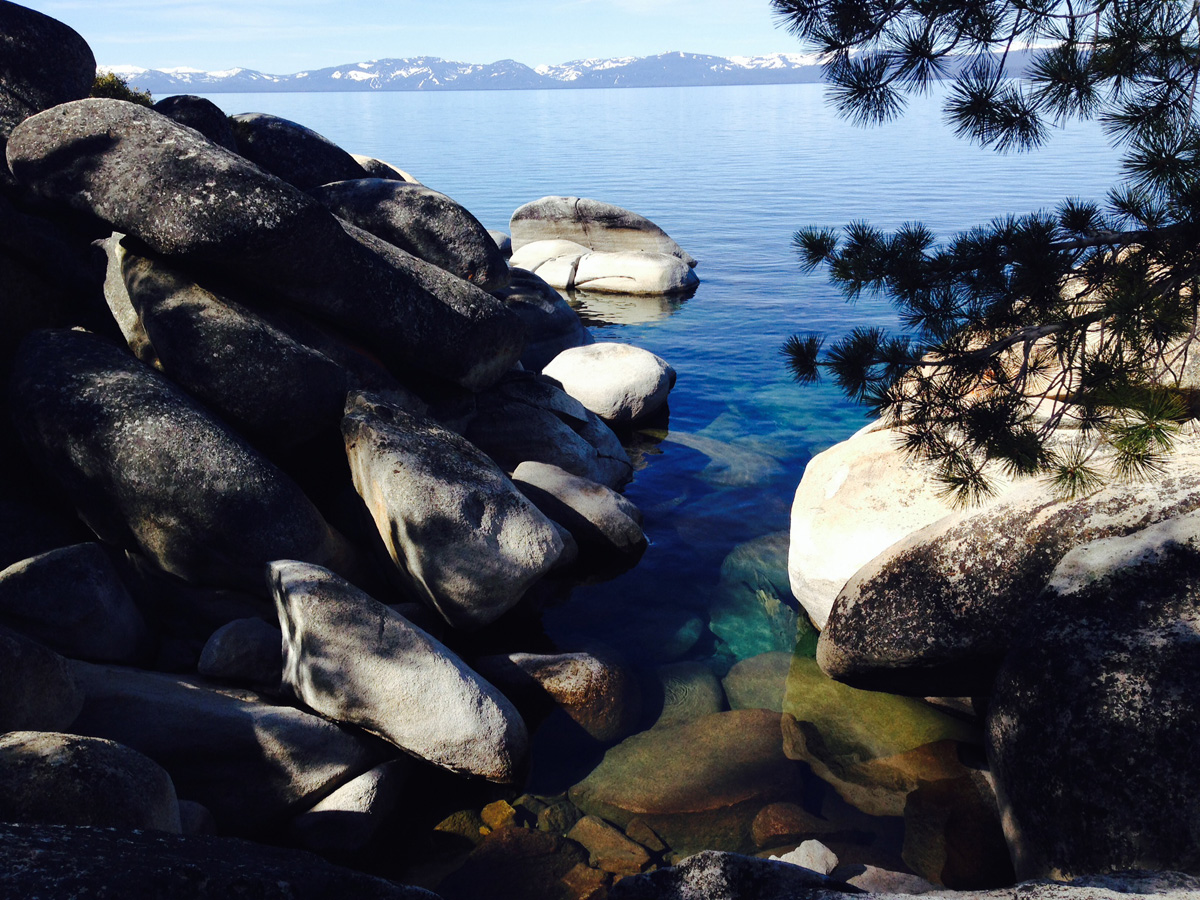 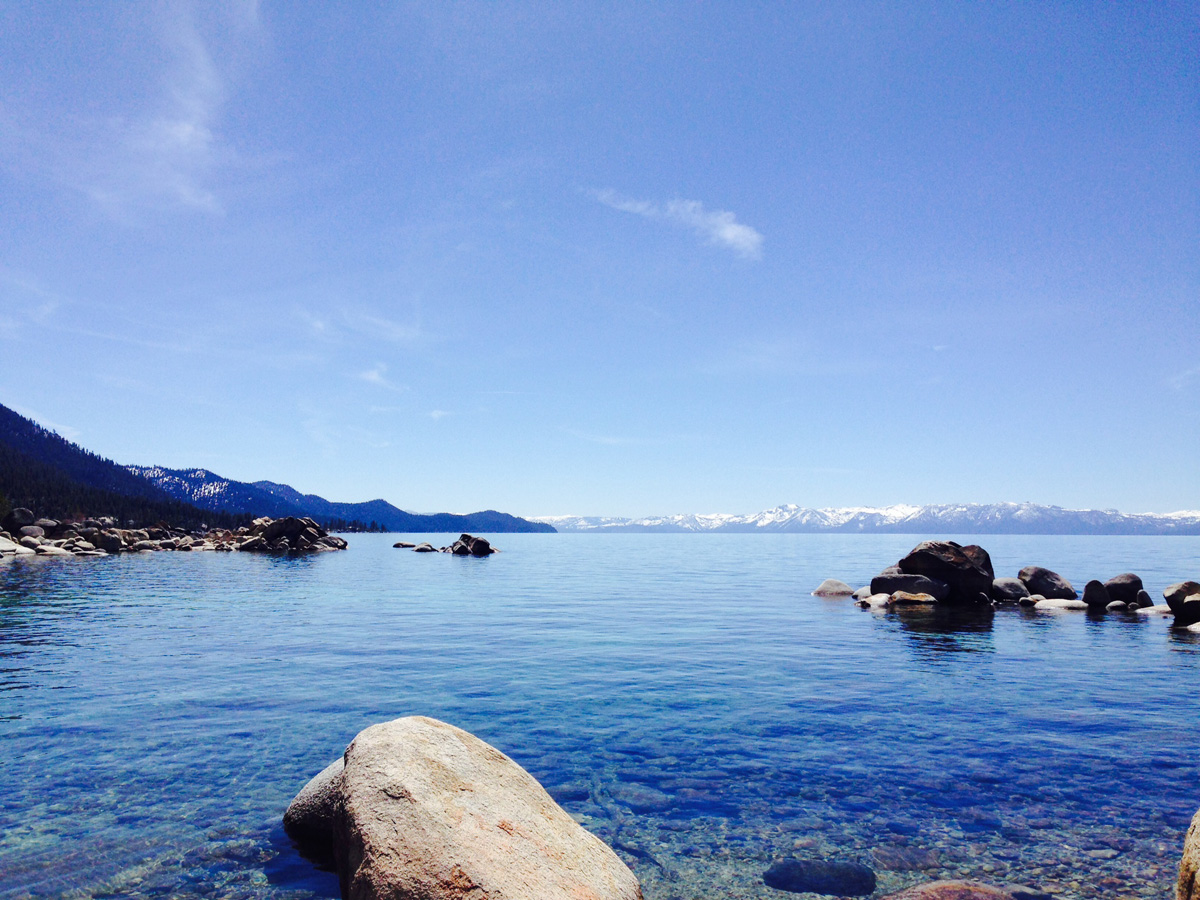 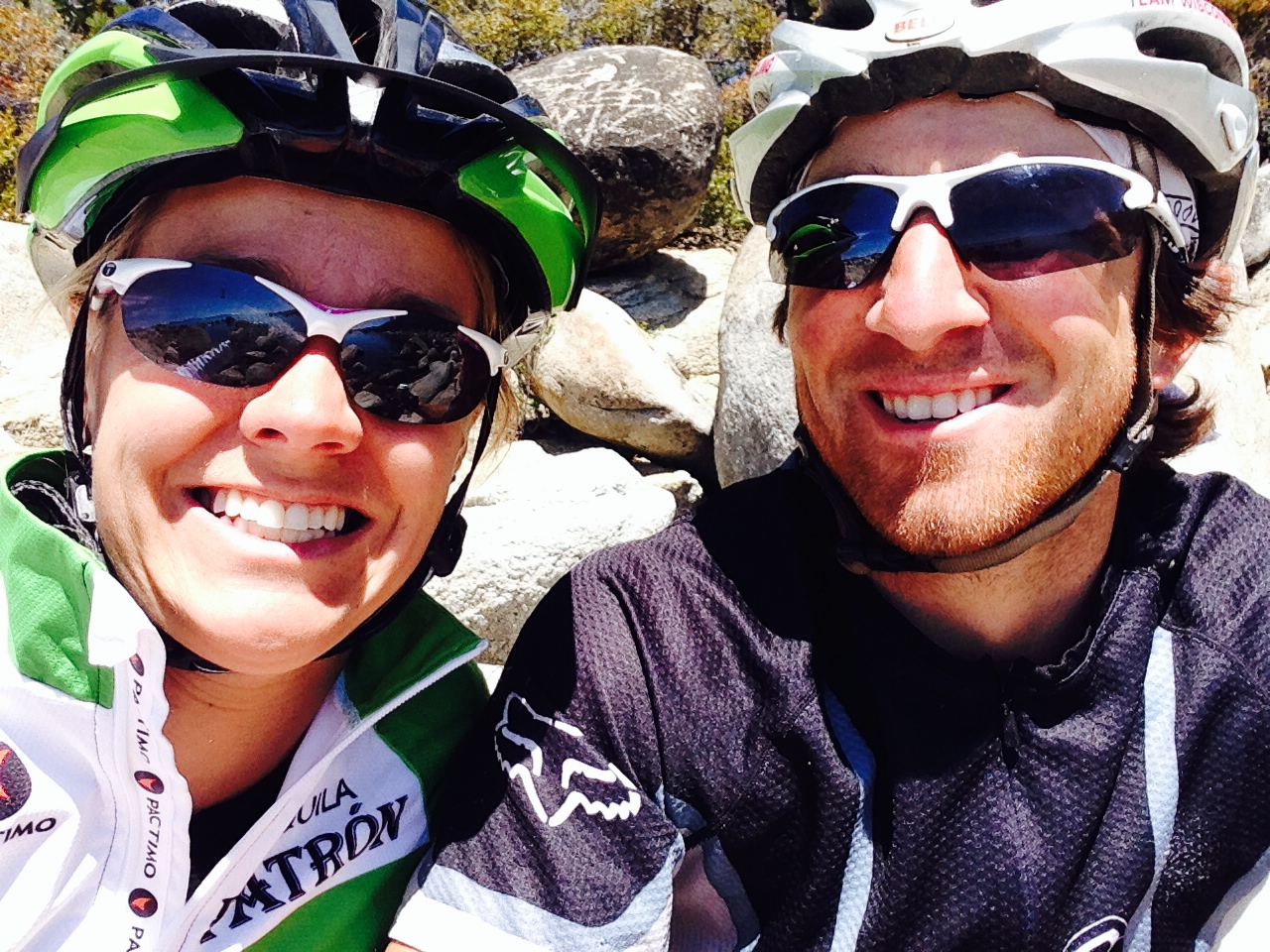 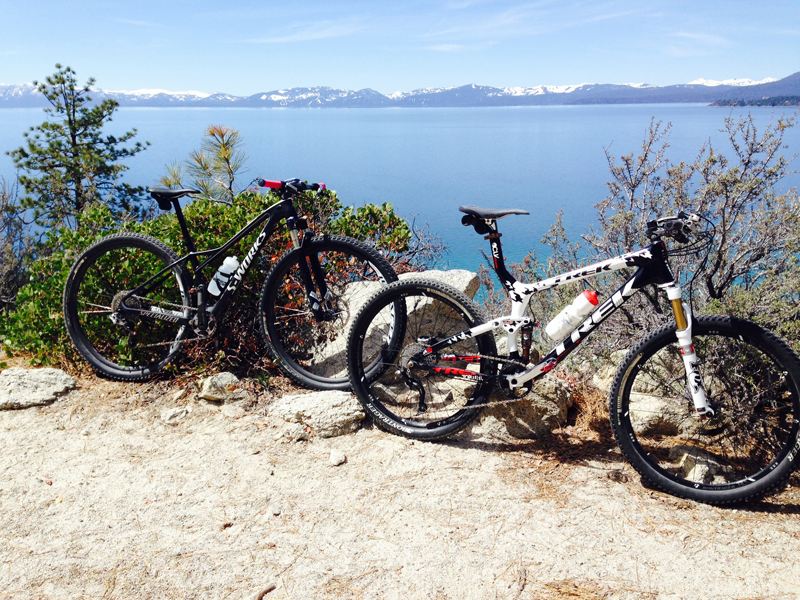 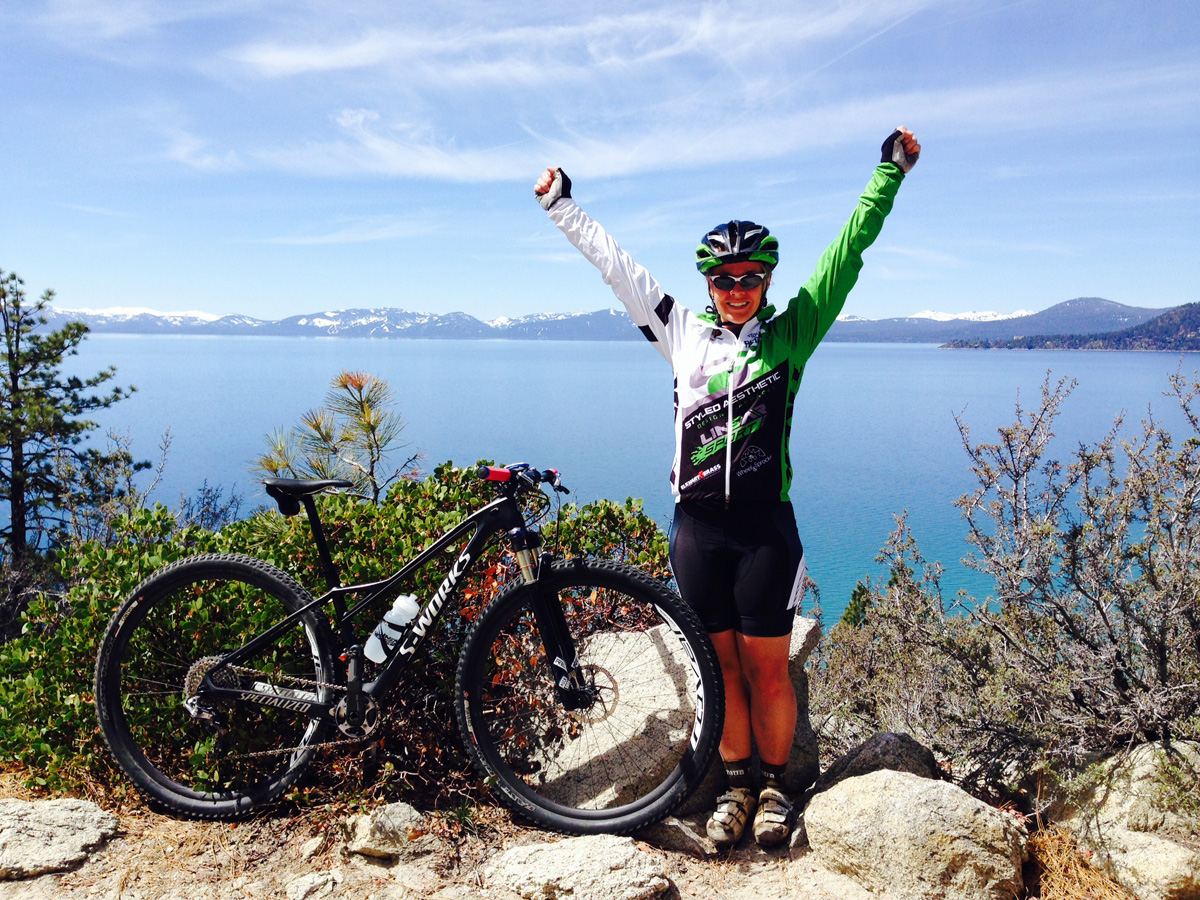 Tuesday and Wednesday we hung out in Salt Lake City. The riding there was cool with trails right along the city. No trees, but still great views. On Wednesday morning I rode up Emigration canyon to a highway that was still closed to cars for the winter. It was awesome descending a mountain road with zero traffic and riding line to line through the corners. 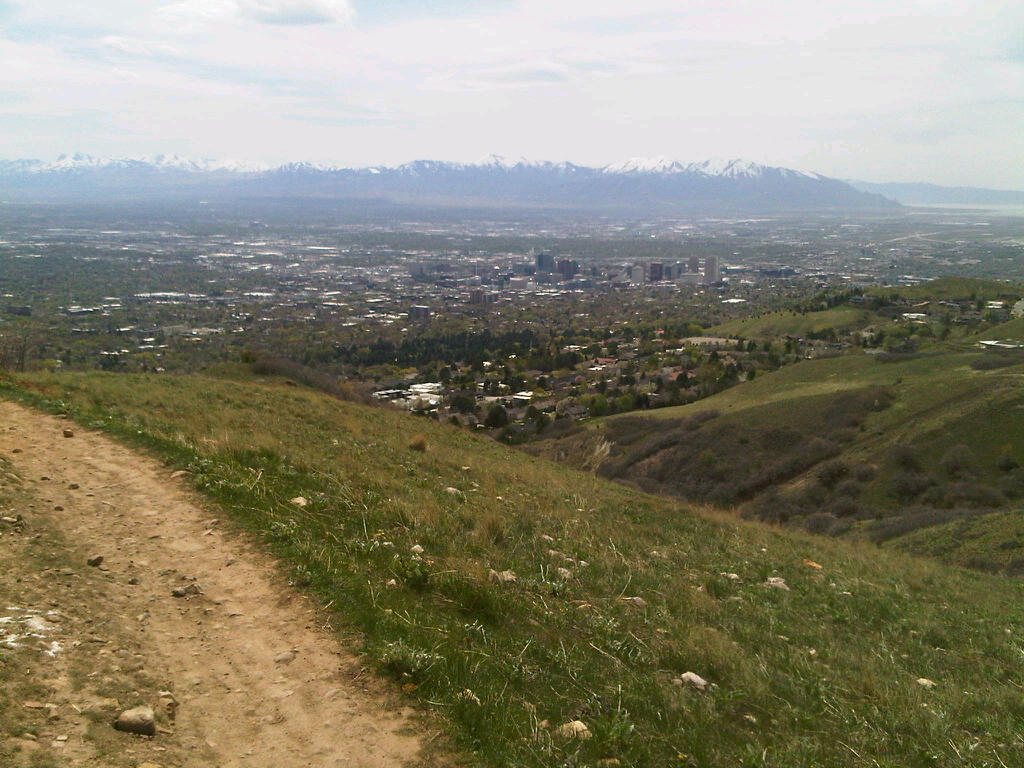 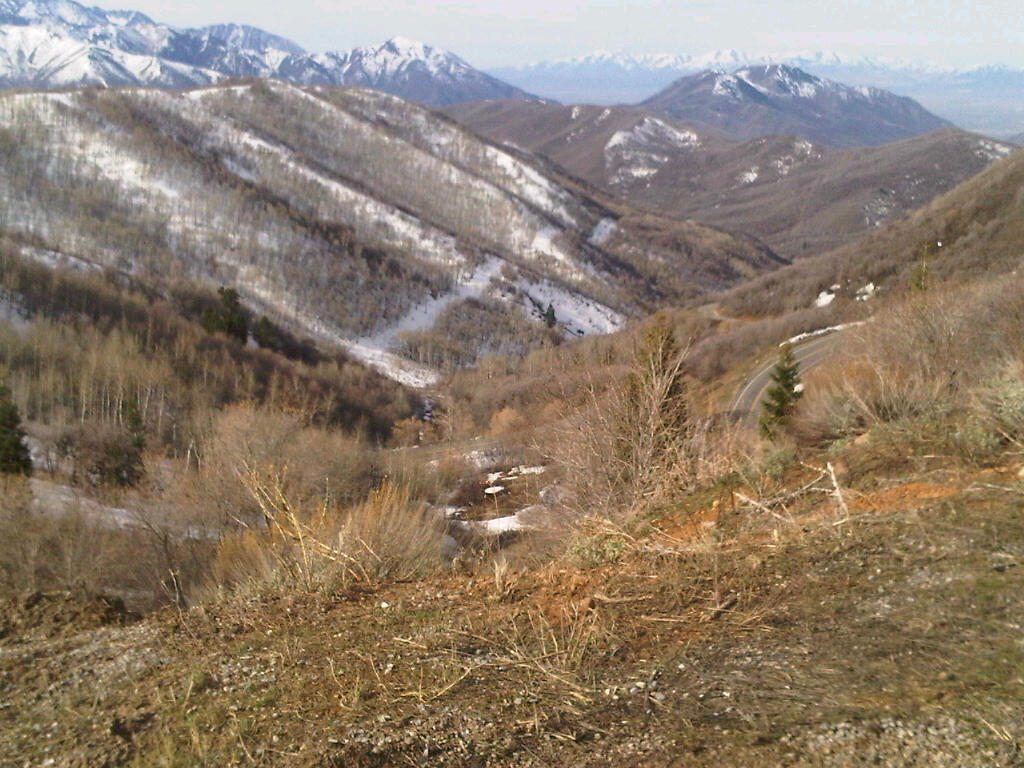 Thursday morning we stopped in Spearfish, SD and rode a little bit of Tintin trail, but it wasn’t long before we hit wet and snowy trail so we turned back and grabbed lunch at our favorite burrito spot, Barbacoas.

So now we’re back in Wisco! I’ve got a few rides in so far in Antioch. It’s always a shock to the system when I get back and am surprised at how flat it is, but the elevation can add up on rollin ghills, you just have to be a little creative with your routes.

I’m excited for WORS racing to begin and to rip some dirt trails with some of my teammates this weekend! It’s pretty awesome being able to travel around racing, meeting new people, and having fun adventures. All this predicated on the fact that I can take my business with me, awesome.

Lastly, every year I help raise a little money for kids with cancer. If you have a few bucks you can throw their way, I know they’ll greatly appreciate it. If 20 people pitch in $10 we’ll be at $200 and if 40 of my teammates do the same that’s $8,000 going to help cure childhood cancer. Here’s where you can donate a few bucks to help cure childhood cancer. Thanks for your help!

One Reply to “US Cup, Sea Otter Classic & Lake Tahoe”