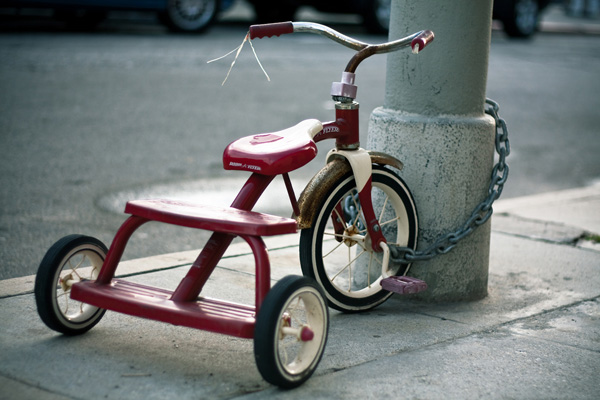 I left off with preparing for my trip to New York City to speak at the Trader’s Expo. All in all it was a pleasant trip. Temps were in the upper 30s, low 40s, nice for walking around the city. I decide to stay at the Tryp hotel after reading a lot of great reviews.

The modern décor gave off some great vibes and using a few of my ninja travel tricks I booked my room for the same rate as the holiday inn! Another win for the thrift savvy. 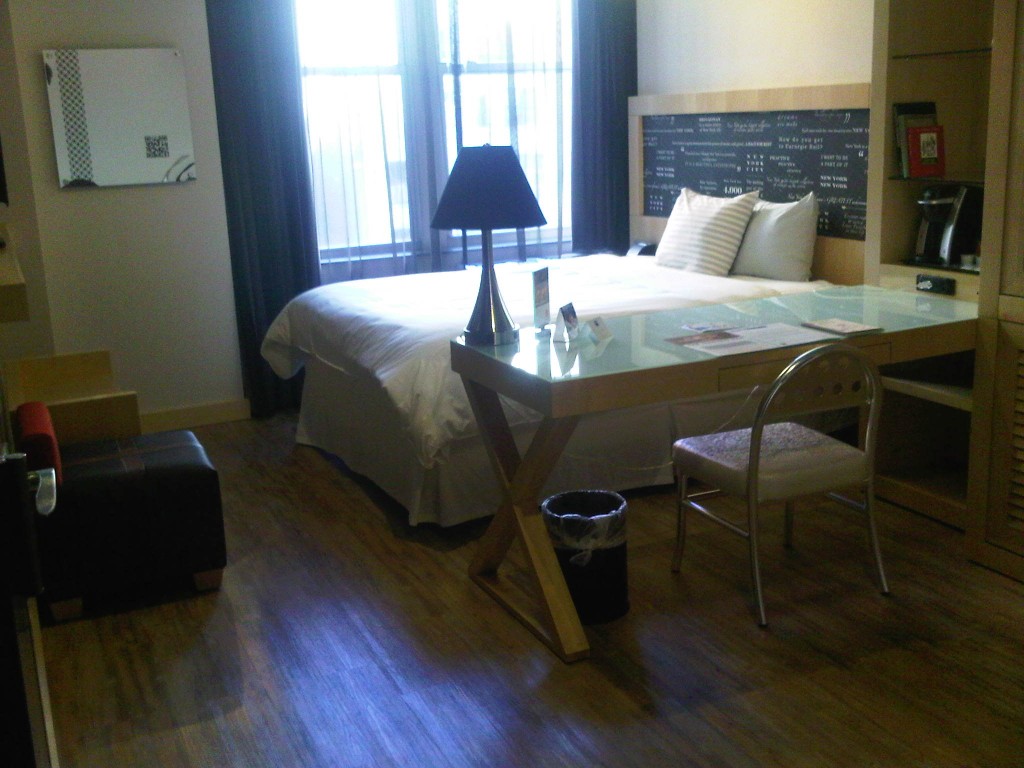 As for my presentation, I had about 80 traders show up to hear my 45-min talk on how to develop a winning trader’s mindset. It went great, in fact even better than I expected. I had people coming up afterwards thanking me and some even saying it was the best talk they attending during the entire event. That meant a lot. All the hard work, rehearsing, and preparation paid off. 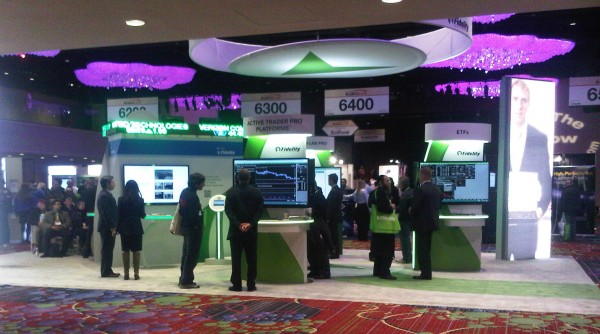 The big Apple was fun, but after 3 days I’d had enough and was ready to get back to AZ and riding. Eating out 3x a day really sucks. Even with Yelp and Google restaurant reviews it’s so hard to find healthier options in the city. I did manage to find a Trader Joe’s and a little Asian place, Yum Yums that was really good, along with a few stops in for a cold beer. 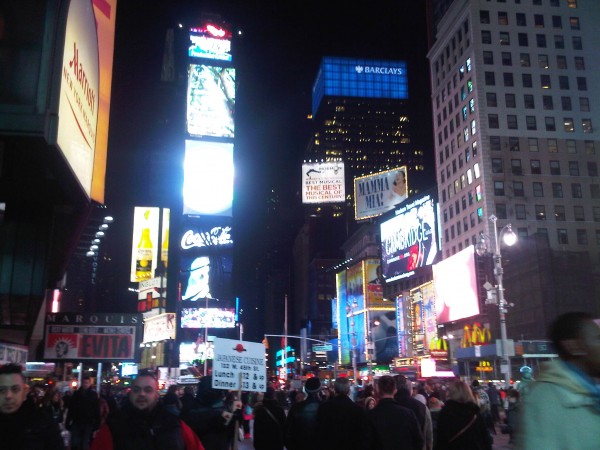 Entering the Last Phase of Base Training

With the weather here in AZ starting to heat up, so has my training. I started a new block this week (Base 3) and am beginning to increase the intensity. I’m looking forward to jump in the Saturday group ride this weekend.

With training intensity starting to build, so is the excitement for racing. Team Wisconsin has been super fortunate to have some great sponsors over the years including Dennis Klumb of KS Energy Services. On top of that, I’m super excited to have another huge sponsor on board the Midwest Orthopedic Specialty Hospital (MOSH).

This additional 3 year sponsorship allows for the team to do a whole lot more and provides a lot more race support to the elite guys, more than we’ve ever had in years past. With more support and fellow teammates travelling to bigger national level races, I may be joining them.

Yes, I bought a new bike.

This was totally unexpected, sort of. I’m super happy with my current bike (and latest purchase) my Trek Top Fuel. In fact, I absolutely love it for riding out here on Arizona’s rocky desert trails.

So here’s how things went down. After making some new friends at the shop and getting out to shred the trails the subject of wheel sizes arose (as it always does). After spending last season on a 29er I was super content with my new 26″ wheels. 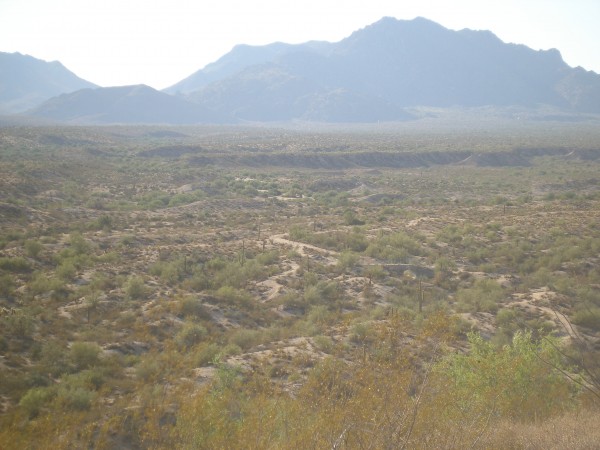 Well, one of the guys just bought a new Cannondale Scalpel 29er and was selling his old bike (a 2010 S-Works 29er) and let me take it out for a spin. I’d never ridden a top of the line Specialized rig before. I was totally and completely… blow away. It handles more like a 26er and climbs like one too.

On top of all that he offered it to me at a great deal (I’m talking smoking ridiculous deal, thanks Brent!).

Out here it’s a necessity to have full suspension if you want to be able to ride for more than 2-hrs without trashing yourself, and I’m a pretty tough dude and for that I love my Top Fuel.

After taking both the Top Fuel and the S-Works out on the McDowell race loops and up some serious 20 minute climbs the S-Works 29er HT will be my bike of choice for specific WORS races and of course, Chequamegon. 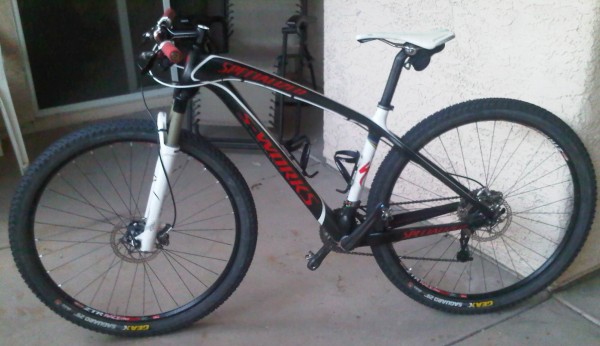 Nothing will ever climb like my old Giant hard tail 26er, but this new S-Works comes closer than any other bike I’ve ridden.

Here are the Specs:

Yes it is a Specialized and haters gon’ hate, but let me tell you she is unlike any other 29er I’ve ridden. Thanks to Jake over at Fountain Hills Bikes for hooking me up with 170mm crank arms and Doug for always throwing some extra goodies my way.

All Good Things Come to An End

Only 3 weeks left in AZ before I start my trip home. I’m actually super excited to get back. My dad is flying out at the end of the month to help with the drive back. Our planned route is to head down through Tucson so I can have another go at Mt Lemmon then swing over to Texas to visit with my aunt and uncle in San Antonio then north to the (hopefully) dry and sunny Midwest. 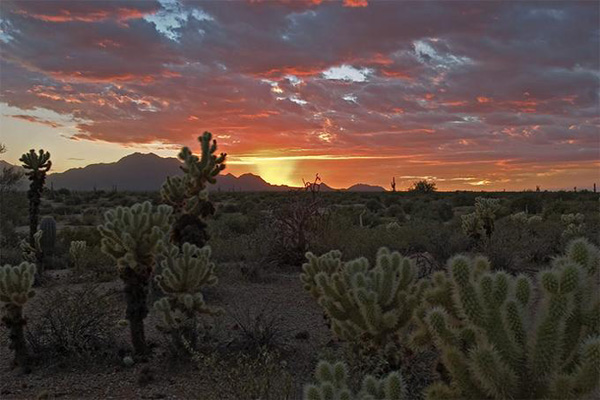 Well, I’ve owned Tim Racette (dot) com for 3 years now; it’s about time I write something. For the few who care to get inside my head a little bit and find out what’s been going on in my life here it goes…

2013 kicked off with packing up my things and heading back out to Scottsdale, Arizona which has now become like a second home. After spending 4 years of my life out here while at ASU, it’s a place full of great memories. But the college days are over, on to bigger and better things.

Being self employed and able to work from home has opened up a lot of doors. This biggest of which is the flexibility to live wherever I’d like (oh the power of the internet).

This would be my second winter in AZ where I could train for the upcoming mountain bike season. Last season had some bright spots, but a fair bit of frustration as well. This year I sat down and mapped out my entire 2013 race season, breaking my training into blocks and planning for when I’d like to peak (we’ll see how that goes).

I learned a ton last year about training and racing from my teammates, roommates, and those a few years wiser than I. It’s all helped. So are I’ve discovered it’s more about doing those little things, developing in a routine, and staying focused on one goal at a time.

So I high tailed it out of Wisco after spending the holidays with my family in Illinois (a lot of “socializing” with old friends was fun, but I was glad to get a new year underway).

A few days before I left I took a quick trip into Chicago to hit up Revolution Brewing with my uncle. It made for a last minute addition to my cargo as he decided to join me on my trip down.

The drive was fun and relatively uneventful (in terms of flat tires, missing lug nuts, blizzards, and construction –all of which have occurred on past trips). 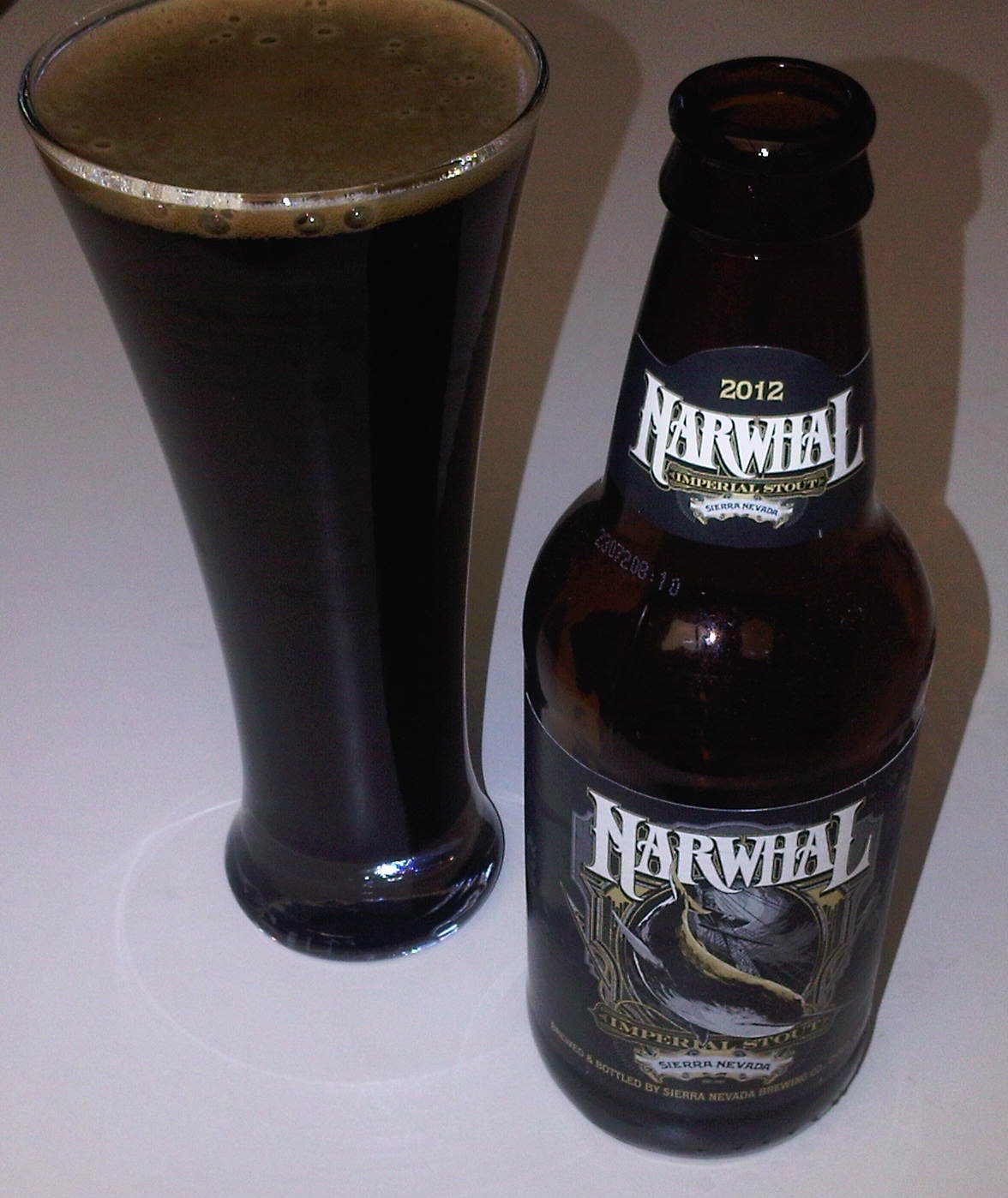 My uncle and I both share a love for craft beer. He is what some would call a “hop head,” along with a certified home brew judge so we spent the first week touring most of the breweries in the valley. He flew back to Chicago after a week and that left me to getting my office setup and start logging miles on the bike.

What More Could You Want

The riding out here is so awesome, both mtb and road. The McDowell Mountains are a few miles to my north; lots of climbing, wicked steep descents, and lots of new trails. It’s great being able to ride to the trails right from my front door.

In terms of road riding, the pavement is super clean and wide, very kind to cyclists. There are a few lakes and reservoirs that have some awesome climbs, along with South Mountain, and all the surrounding areas. There are group rides on a daily basis, which makes it easy to find people to ride with. 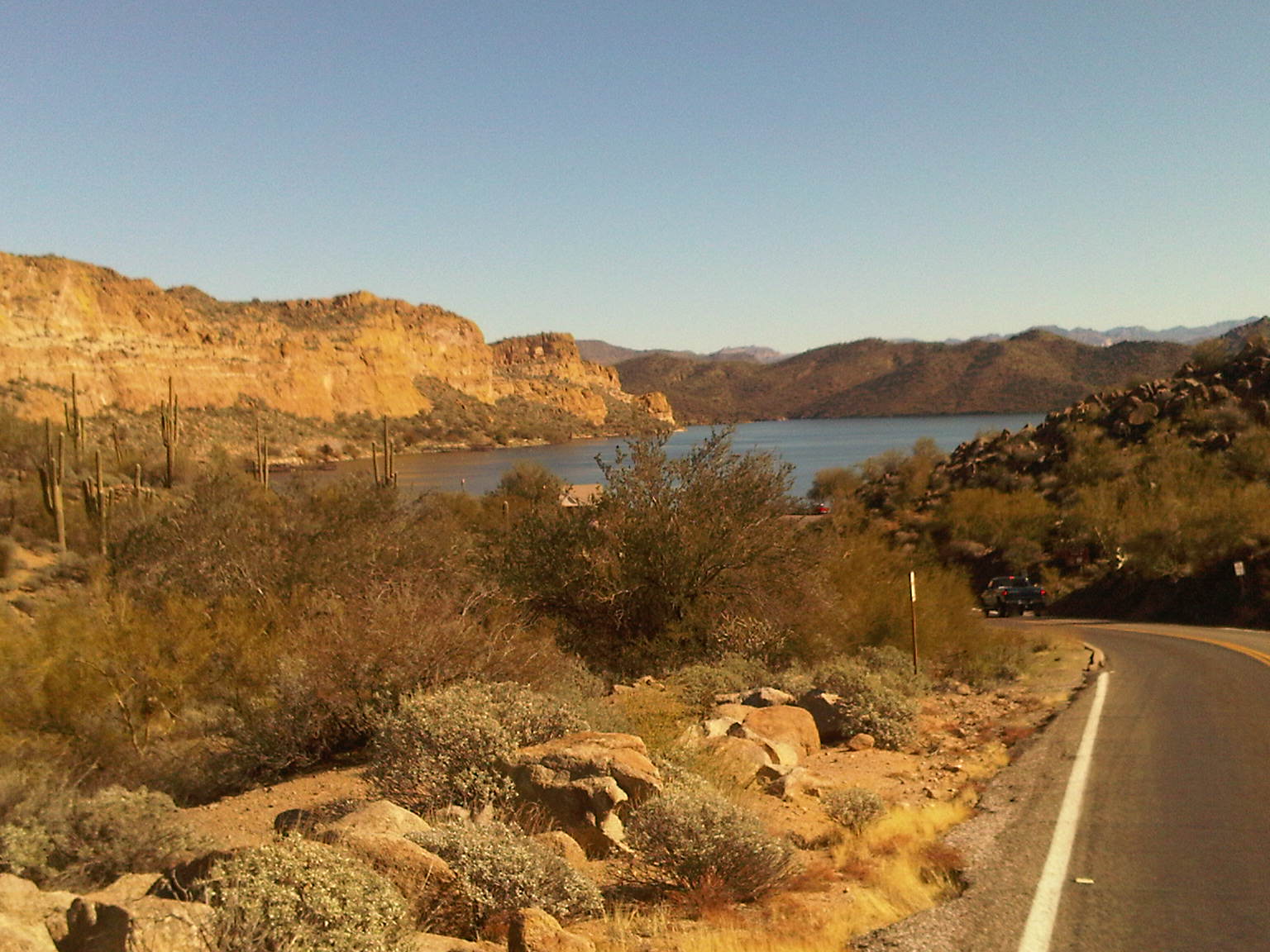 My dad and grandpa came out for few weeks, it was nice to spend time with them while still being able to work and ride. Grandpa is getting older, and while it’s his condo that we stay at, he has a harder time coming out here alone these days.

We got in a little golf, went on a bunch of walks, and had some good story telling. Once they left it was time to get down to business.

Getting into a Rhythm

Trading stocks, building websites, and riding my bike, that’s pretty much been my daily schedule of events. So far I’ve logged a good chunk of base miles. Got to ride with some old college friends and met a bunch of new fast guys at the shop in Fountain Hills.

There are some new trails up along the Sonoran ridge that I rode last weekend. It was pretty much like riding along the cliffs in Tsali, only a few hundred feet higher, with some gnarly switchbacks, and then tack on what feels like a 15-min free flowing descent.

There are still a few other sections I haven’t ridden at McDowell including Thompson Peak, a 25-min climb with an average grade of 17%, and then there’s Tom’s Thumb and East end, which are similar in elevation only super rocky. 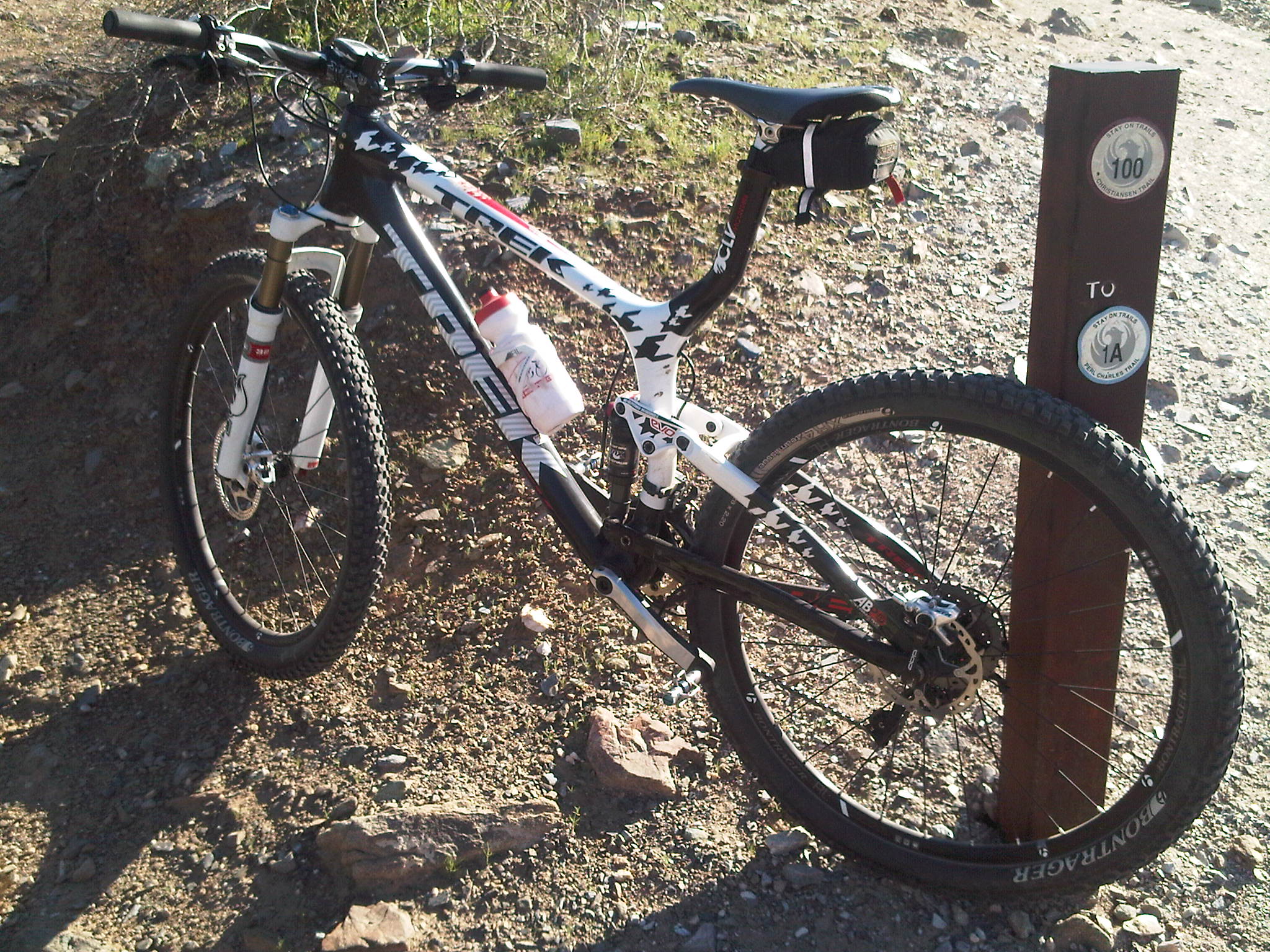 I can feel my aerobic fitness improving as I head into this second block of base. I’ve started to throw down some very short efforts and dropping weight along the way. I should mention the Top Fuel has been incredible. It’s so much more fun riding a full suspension out here.

I’m already excited for the WORS season. Yes, the racing, but even more so the enjoyment that comes from traveling to the races, camping out, and sharing stories with good friends. Oh yeah, then comes Sunday where we push our bodies to the limits and cap it off with a humongous meal and a good beer, that’s fun too.

I’m headed to The Big Apple for a few days to speak at the NY Trader’s Expo. I’ve been preparing my talk for a couple weeks now. I don’t really get nervous when I have to speak in front of people (or many I do, but I trick myself into channeling it into adrenaline).

I’m looking forward to seeing the city as I’ve never been to New York before, but a few days is all I’ll need to get sick of the hustle and bustle. The big city life is just not for me.

So that’s it! Cherry popped!

The blog is pretty bland right now. I’ll work on giving it some more character when I get back from New York.