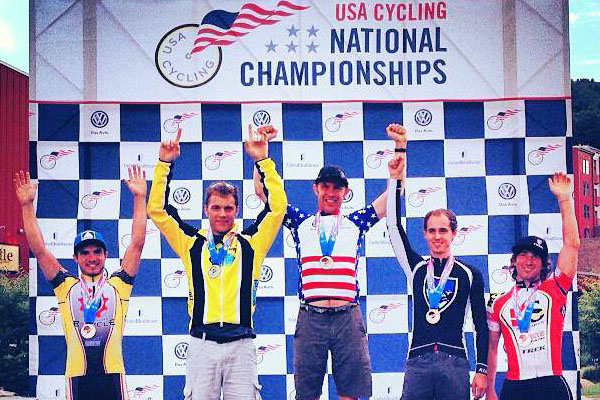 Tuesday morning Joe and I headed down to Illinois to pickup my dad and start the trip out to Bear Creek Resort, PA. This will be the home of mountain bike nationals for the next 2 years. We made it to the course on Wednesday afternoon in time to get a couple of laps in.

I heard the course was technical so I was excited to see what we’d be racing on. The course was littered with bowling ball sized rocks, big enough that you had to pick your lines and work the bike through the obstacles.

Things started with a big climb which was pretty protected by tree cover as it was 100+ degrees and 90% humidity every day. There were some very technical rooty uphills and once you made it to the top the real technical part began, the descent.

The amateur course was about 6.5 miles (the pro course only ~3 mi). I chose to race my Trek Top Fuel and didn’t even do one lap on the hard tail. The descent was so physically demanding even with the full squish you had to do everything you could to focus on taking clean lines while going as fast as you could down the switchbacks with little or no brakes.

After the pre-ride I was pretty spent, a few crashed and couple dabs, I was ready for bed. We rolled over to the hotel in Reading and passed out. 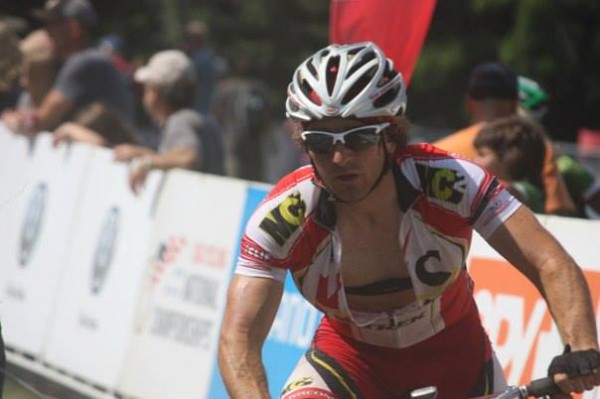 Thursday was the Cat 1 short track. I did my warm-up and the legs felt good. There were only about 30 guys maybe in the short track race. Once the gun went off and we finished our first lap I filed in to a comfortable top ten spot and pretty much finished the race at my own pace, finishing 7th. I wasn’t 100% amped for the race and didn’t want to burn too many matches for Saturday’s XC.

Friday was a rest and relax day. My dad and I went over to the Martin Guitar factory which was pretty cool. I got in a short spin to keep the legs loose, ate dinner and went to bed, trying to focus on the progression of the race and running through the course in my mind.

The alarm went off at 5am and we grabbed our stuff and headed over to the course. Luckily the Cat 1 race was at 8am so it was only in the 90s, but still humid. It had rained the night before and made the first couple laps really sketchy.

I got called up 2nd to the line behind Tyler Jenema which was really cool. Racing was broken out into waves by age group so I was in the 25-29. As the gun went off I had a good start and slotted in 3rd into the single track. As we made our way up the climb we immediately ran into slower riders from the 19-23 wave. A few guys made a pass in a tight corner, I wasn’t able to squeeze in and had to run up the first technical climb.

I put in a dig to latch back on to the lead group, but knew it would be a 2+ hr race so backed off a little at the top of the climb. It was so humid everyone was already completely soaked and I could barely hold onto my grips.

I felt better on the descent than in the pre-ride. Some of the lines were worn in a bit more from races earlier in the week. It also helps when I break the course up into sections so I can focus on one section at a time during the race.

On lap 2 I was by myself and made sure to keep the pace hot, but ride within myself on the descent so as to not get too cross-eyed. There were tons of people on the side of the trail with flats and others who had crashes so I knew if I could stay on my bike and be smooth to conserve energy in the super technical spots I could hold my position.

Near the end of lap 2 a couple guys from my wave and the 30+ wave bridged up to me on gravel climb. I knew this was the last time up so I took a gel, had a sip of water and tried to hold on, but they were just a bit too fast for me so I continued to push my pace and keep things controlled through the last descent.

Here’s a video of the pro racers coming down one of the technical descents.

On my way down there were even more people on the side of the trail with flats. One guy asked if I had a 26” tube, figuring I’d be one of the only guys on a 26” bike I ripped it off from under my seat and tossed it to him. I think all I could let out was a deep sigh “uuhhhhh” as I kept pedaling past.

Coming into the final switchback descent I could hear another rider creeping up on me so I flipped my Fox CTD shock to full open (descend mode) and pushed it as hard as I could to keep the gap, making sure to stay extra light on the pedals to float over the rocks without flatting. I think he ended up crashing because after blasting through the final rock garden and coming out into the final 200m I looked back and didn’t see him behind me.

Rolling to the line I was completely spent. I knew I gave it everything, that was good for 5th place, a spot on the podium, and satisfaction all around. Capping off 6 months of training that began back in January out in Arizona I was super happy with the result. 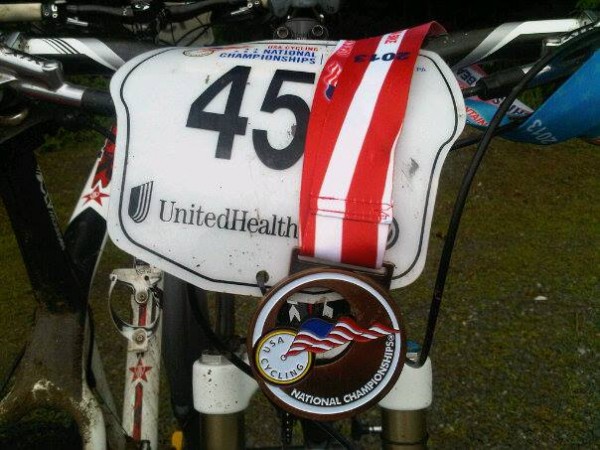 Later in the day Joe raced in the pro race along with fellow WORS mates Tyler Gauthier and Justin Piontek. I helped out in the feedzone. It’s super nice to have two of us in different races because while I’m racing Joe does bottle hand ups for me and vice versa. He had a great race and got 21st.

It’s great when all the hard work early season comes together. We were both happy with our results, and exhausted. We left it all out there, and that’s all you can do. 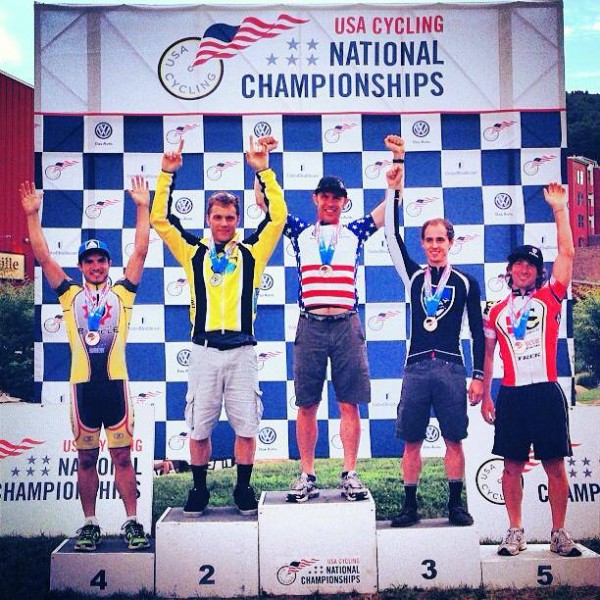